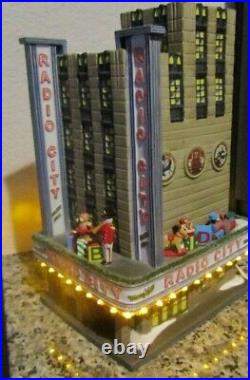 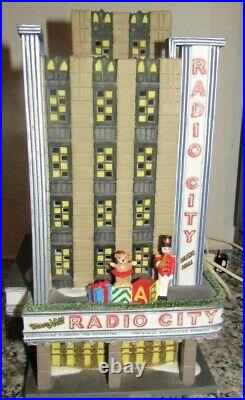 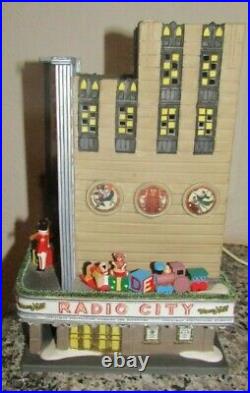 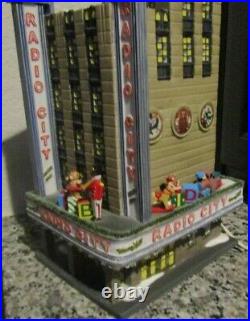 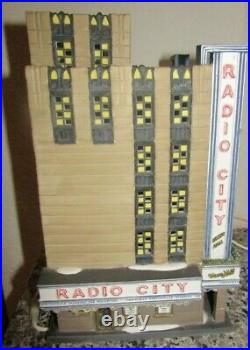 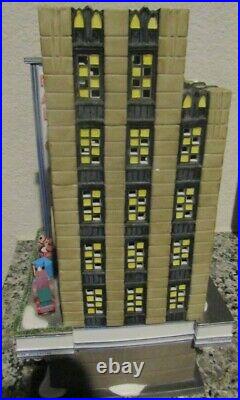 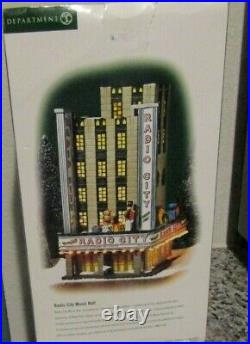 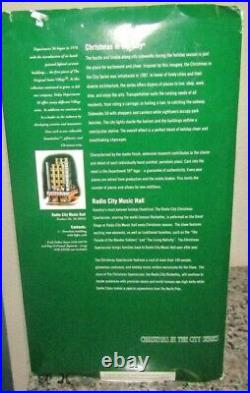 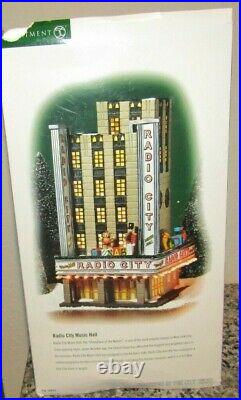 This rare piece is an exact replica of the entertainment venue at 1260 Avenue of the Americas, within Rockefeller Center, in Midtown Manhattan, New York City. Radio City Music Hall was built on a plot of land that was originally intended for a Metropolitan Opera House and plans for the opera house were canceled in 1929. Radio City Music Hall opened on December 27, 1932, as part of the construction of Rockefeller Center the 5,960-seat Music Hall was the larger of two venues built for Rockefeller Center’s “Radio City” section, the other being Center Theatre. It was largely successful until the 1970s, when declining patronage nearly drove the Music Hall to bankruptcy. Radio City Music Hall was designated a New Yok City Landmark in May 1978, and the Music Hall was restored and allowed to remain open. The hall was extensively renovated in 1999. One of the more notable parts of the Music Hall is its large auditorium, which was the world’s largest when the Hall first opened. The Music Hall also contains a variety of art. Although Radio City Music Hall was initially intended to host stage shows, it hosted performances in a film-and-stage-spectacle format through the 1970s, and was the site of several movie premieres. It now primarily hosts concerts, including by leading pop and rock musicians, and live stage shows such as the Radio City Christmas, Christmas Spectacular. The Music Hall has also hosted televised events including the Grammy Awards, the Tony Awards, the Daytime Emmy Award, the MTV Video Music Awards and the NFL Draft. This is a must for any Christmas in the City Collector. Item is free from chips, cracks, flaws with the exception of slight fading of the wording Radio City Music Hall in red. It is hardly noticeable and. Could easily be touched up, otherwise PERFECT condition. Building Marque Lights offer two options; steady on or flashing. Outer box & inner Styrofoam are in overall good condition, especially considering the age of this piece. This item is pre-owned, please review pictures as they are part of the description and ask any questions please. Department 56 are very delicate items. However, please note I personally cannot be responsible for damages to any piece during transit, it is the carriers liability. In addition to extreme packaging, each item is labeled with fragile, handle with care labels in multiple locations on the box and all my items are extra insured to cover the expense of reimbursement. In the event that your item is damaged during transit, it is of utmost importance that the following protocol be followed. Please immediately notify me in writing a description of the damaged that occurred ALONG with pictures of all packaging and the damage of to the item. These are required for me to file a claim with the carrier to be reimbursed. No exceptions can be made. My Items Go Fast Good Luck! I have the best of intentions with all items and I make every attempt to accurately describe my items and include as much detail to the best of my ability. Items may appear darker/lighter in picture from flash. THE BULB FOR THIS IS A 3 VOLT BULB NOT THE NORMAL DEPT 56 BULB. I HAVE INCLUDED A BRAND NEW BULB. The item “RARE DEPARTMENT 56 RADIO CITY MUSIC HALL CHRISTMAS IN THE CITY #56.58924″ is in sale since Friday, April 2, 2021. This item is in the category “Collectibles\Decorative Collectibles\Decorative Collectible Brands\Department 56\Christmas in the City”. The seller is “got2run1201″ and is located in Richmond, Texas. This item can be shipped to United States.